Explore Scotland on an Outlander Tour

Outlander fans rejoice: you can now experience all your favorite sites from the hit TV fantasy series! Live out the excitement of the show with the tour of a lifetime in Scotland, visiting many Outlander film and book locations along the way.

Here are just a few of the stops you will hit on your Outlander tour of Scotland! 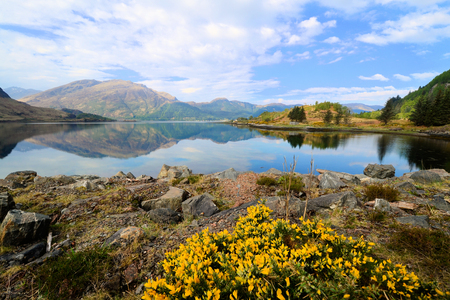 A 16th-century tower house with five stories and a garret, the stunning Midhope Castle served as Lallybrooch, family home to Jamie on Outlander.

The castle is located on a working farm, and visitors can view only the outside of the beautiful castle. Over 50 people inhabited the castle in 1851, but the castle has since been abandoned, with its outer beauty consolidated in 1988.

Used as the film location to represent Harvard University where Outlander’s Frank taught, University of Glasgow is the fourth oldest university in the United Kingdom.

Founded in 1451, University of Glasgow has some of the world’s most renowned innovators, scientists, and economists as part of its alumni. The school welcomes students from more than 140 countries, and is a beautiful representation of Gothic Revival architecture.

Shown in a few episodes of Outlander is MacKenzie village, where the main characters take shelter in the first episode and later when Dougal and Co. collects rent.

The Highland Folk Museum served as the filming location for the village. Live actors and restored buildings at Highland Folk Museum bring Highland history to life on an 80-acre, one-mile long site. Focusing on the 1700s to present day, the museum is a unique natural site to explore and experience.

Black Jack Randall confronted Jamie and Claire in season two of Outlander in the gorgeous Drummond Castle Gardens, some of Scotland’s most important formal gardens.

Experience majestic views of the castle and surrounding countryside, as you take in ancient yew hedges and copper beech trees in Italianate style. The gardens date back to the 17th century with redesigns in the 19th century. 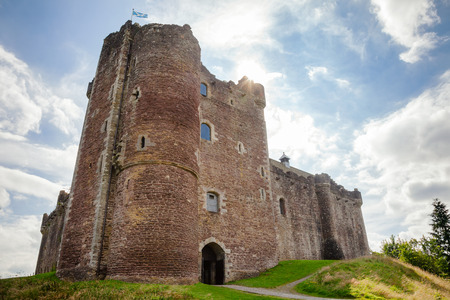 A striking 14th-century courtyard masterpiece, Doune Castle doubled as Castle Leoch in Outlander, home to Colum MacKenzie and his clan in the 18th century episodes.

It made another appearance in Monty Python and the Holy Grail as well as in Game of Thrones. Learn how grand banquets were prepared in the castle, and take in views of the River Teith from the battlements.

Outlander fans, prepare to recreate one of the first scenes of the series in the picturesque town of Falkland. This town was used as substitutes for the 1940s and 1960s city of Inverness.

Recreate the scene where Jamie’s ghost looks up to Claire’s room by Bruce Fountain. Visit the Covenanter Hotel that served as Mrs. Baird’s guesthouse, or snag a coffee from Campbell’s Coffee House and Eatery, which is Campbell’s Coffee Shop in the show.

Get ready for this enchanting Outlander tour of Scotland that will bring the fantasy to life! Give Blue Horizon Travel & Yacht Charters a call at 1-800-939-4334 to book your trip today.